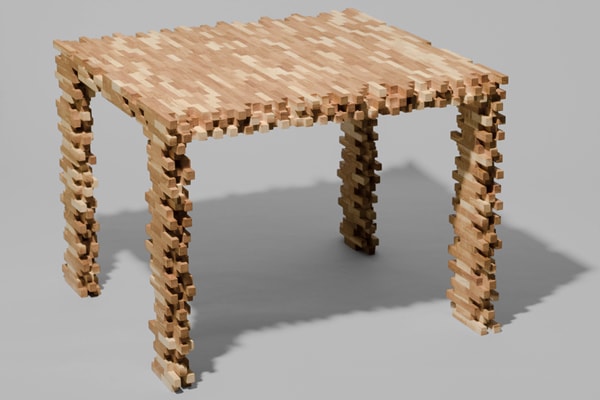 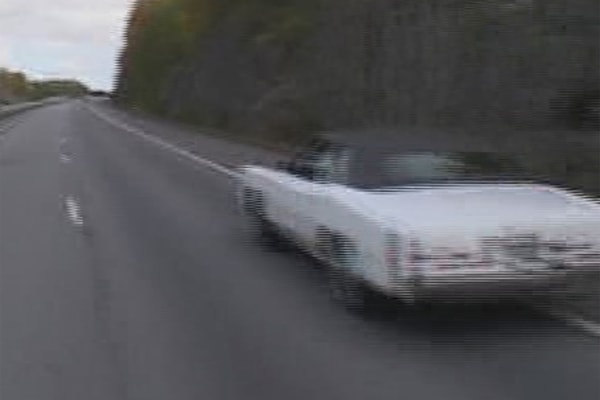 “Interlacing effects” as source of inspiration 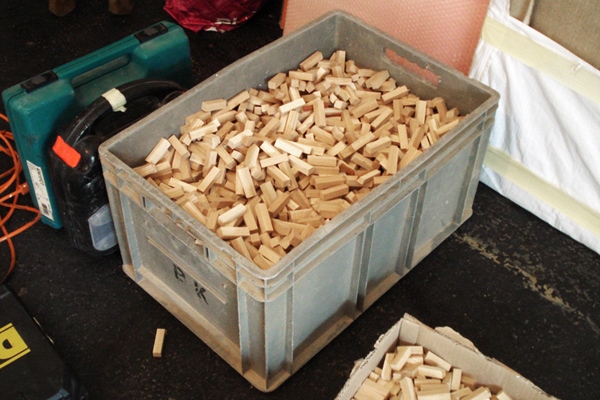 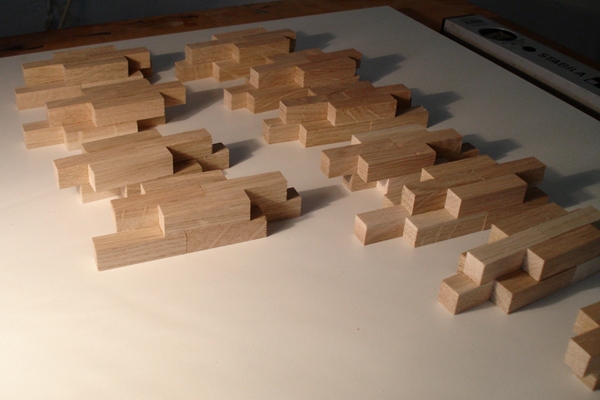 Assembling of the legs 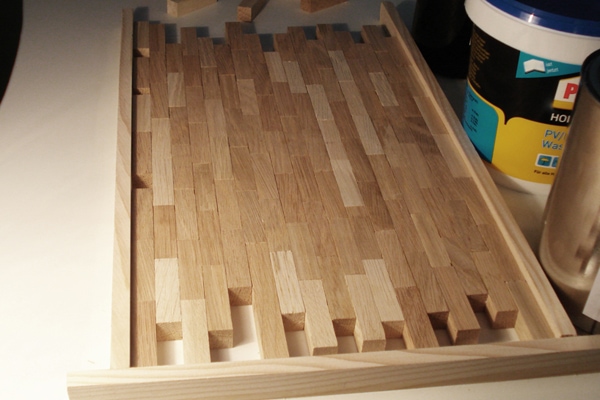 Assembling of the covering plate 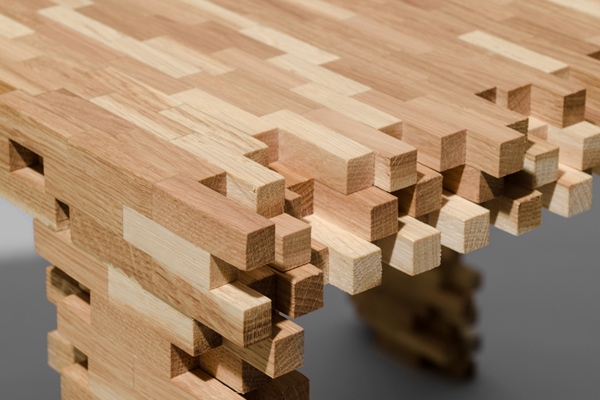 The designs of the “Interlaced Stool” and “Interlaced Coffee Table” are influenced by the beauty of failure of a complex television technique.
“Interlaced video“ is a technology developed in the late 1920´s to reduce the flicker of analog television by doubling the frame rate without consuming extra bandwidth. Because each frame is composed of two fields that are captured at different moments in time, motion artefacts known as “interlacing effects” or “combing” will be displayed if the recorded object is moving fast enough so that each field captures the object in a different position. When the video is displayed at a slower speed than it was captured or when still frames are presented these artifacts are more visible.
The “Interlaced Stool” and “Interlaced Coffee Table” are made out of small oak-wood elements which are glued together to build up a complex geometry.  To ensure stability steel reinforcements are embedded in the wood. Each piece is unique because the arrangement of its elements is different from the others. Both objects will be produced in an edition of 4 pieces. 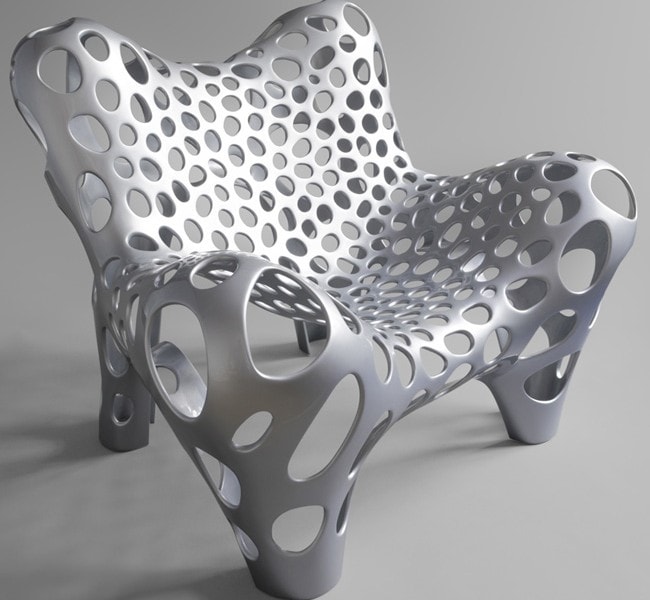 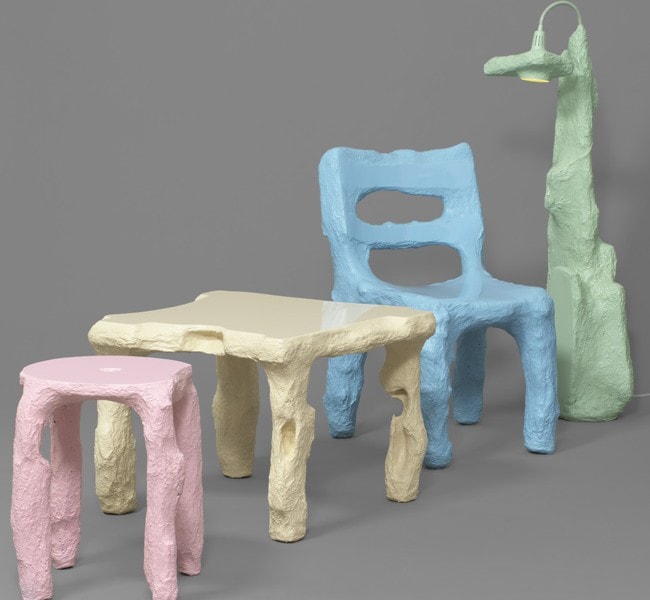