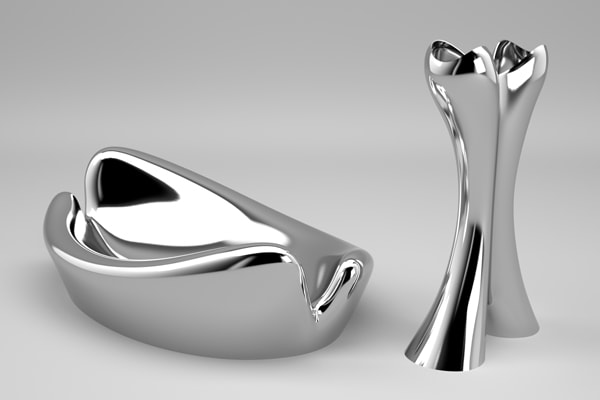 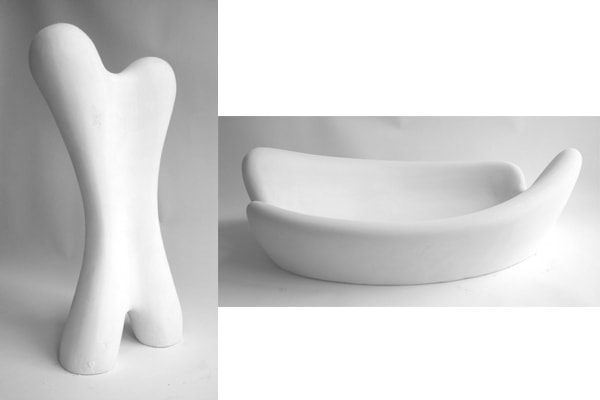 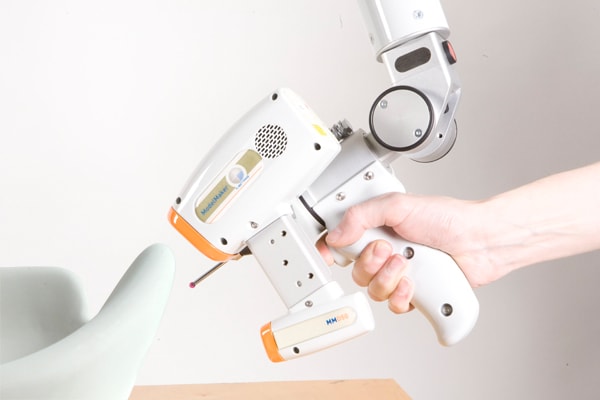 3D scanning of the formstudies 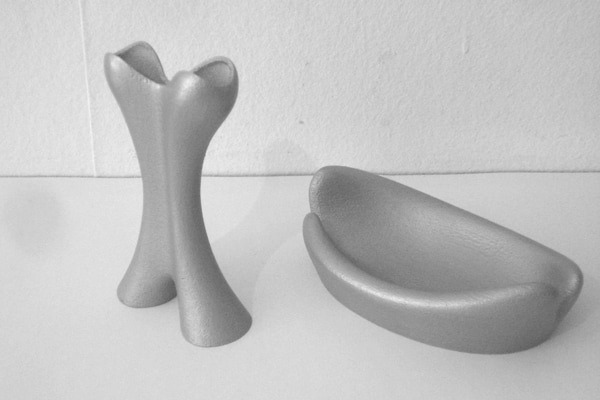 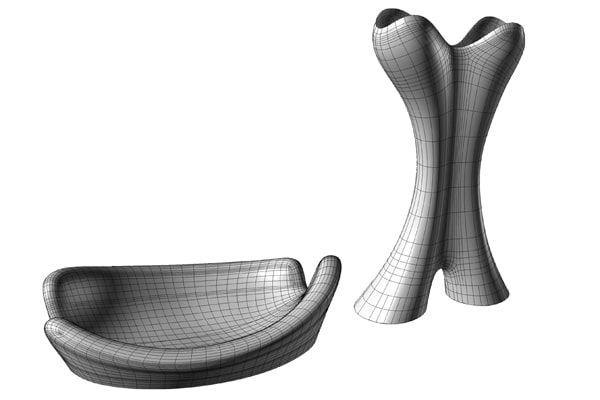 Finished 3D Data for the production

In the design of the Amphora Vase and the Nimbus Bowl Philipp Aduatz takes his inspiration from organic forms and natural structures. This is especially clear in the Amphora Vase’s design, which is based on the principle of plant growth. Appealing in both objects is the elegance of shape and their presence in space. They appear metallic and therefore heavy, but in fact both are very light and durable. The Amphora Vase and the Nimbus Bowl are crafted in a convincing design, which would be suitable even for larger objects. These objects harmonize well as a set.
The Amphora Vase and the Nimbus Bowl were crafted following the same methodical approach to design. After first sketches, Aduatz created clay models by hand to optimize shape and proportions. He then 3D scanned the models and perfected the surfaces on the computer. The final objects were fabricated in fiberglass from CAD data. The chrome effect was obtained by applying a special mirror lacquer.
The fruit bowl Nimbus Bowl is named after the Latin word for cloud, nimbus, and it actually refers to the marble sculpture Cloud Basin (Wolkenschale, 1961) by Hans Arp. In his playfulness and variety of form Aduatz easily bridges the gap of about fifty years to Arp and, in a contemporary manner, resumes his own work with humor and creativity. The name of the second object, Amphora Vase, refers to the antique habit of storing fluids in amphorae. 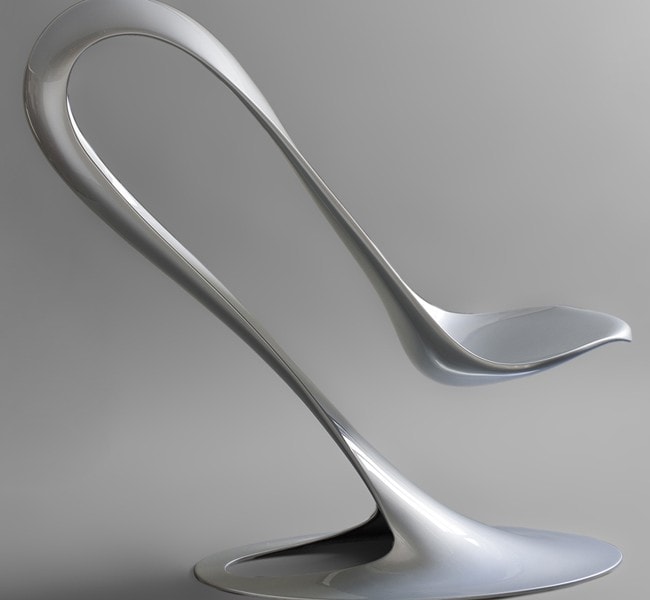 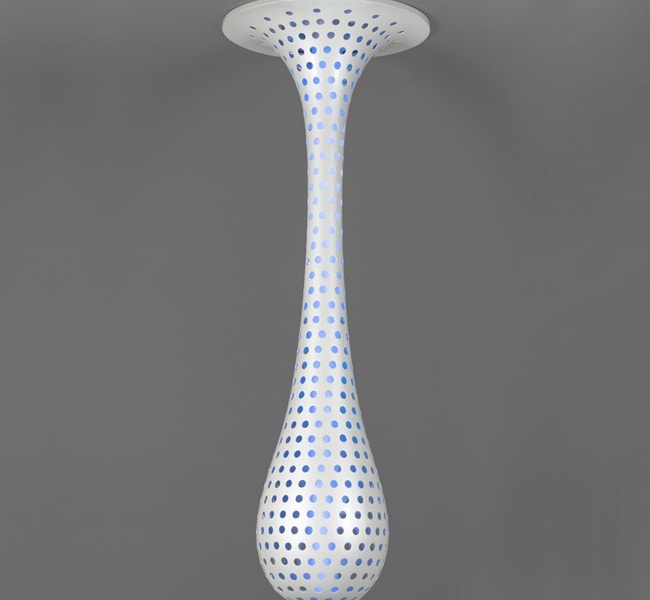