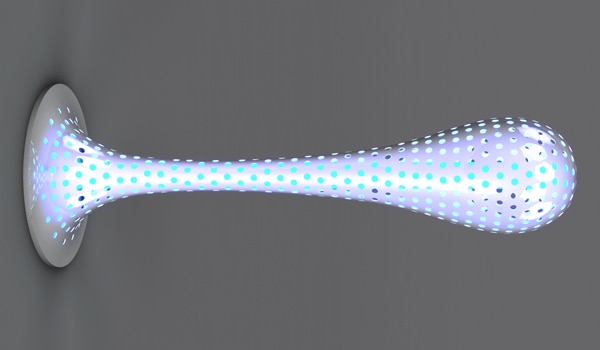 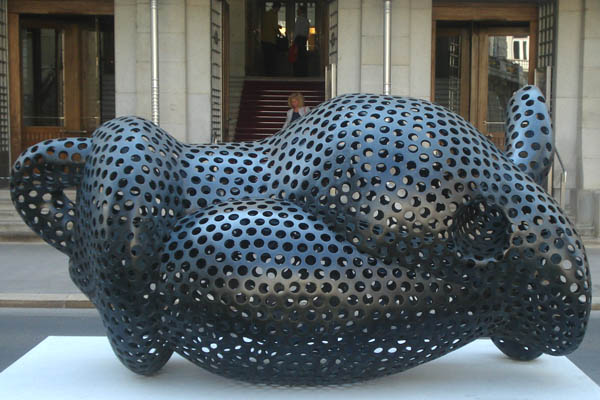 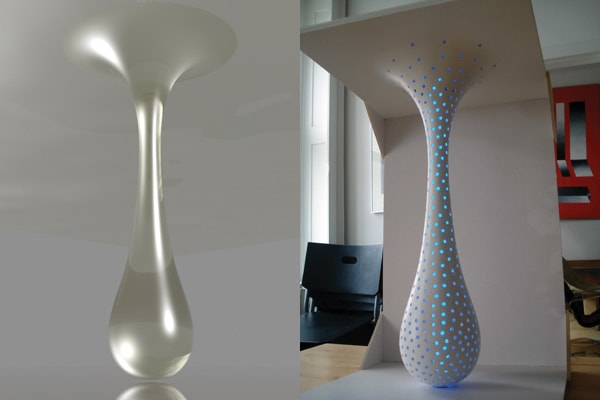 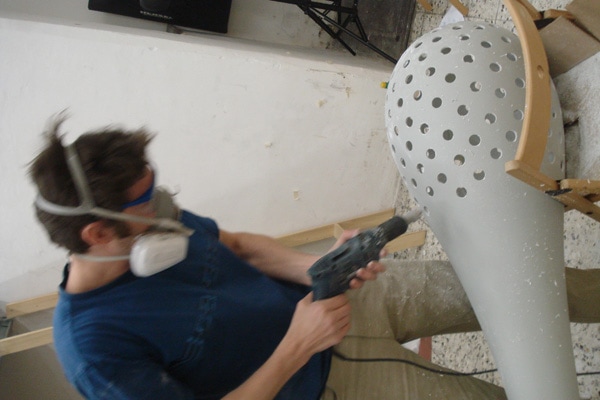 Drilling the pockets for the first prototype 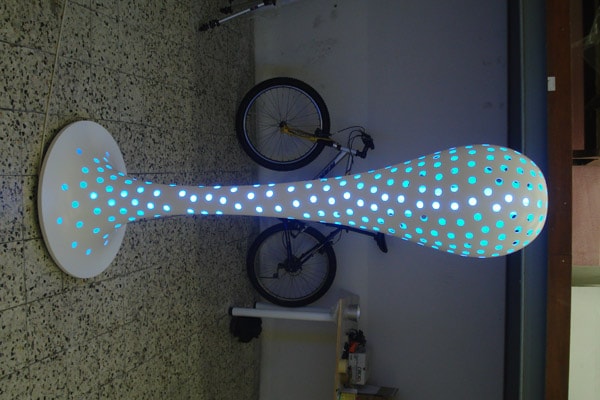 3D Data for the series pieces 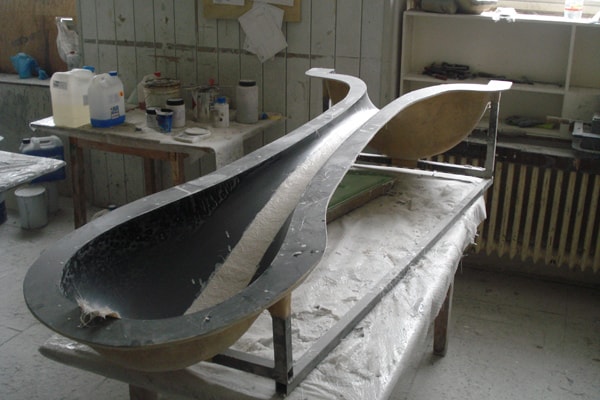 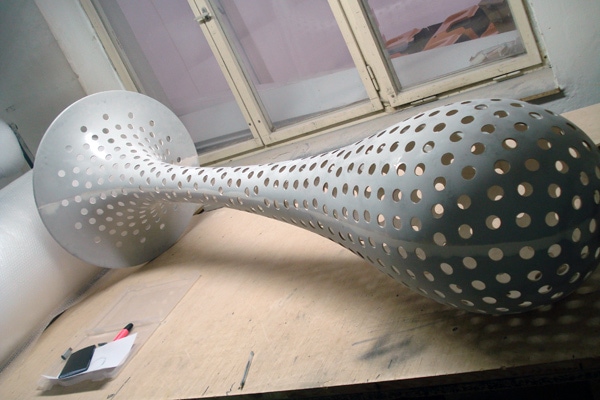 Philipp Aduatz‘ Drop Lamp is inspired by the aesthetical way that surface tension permits a drop to form out of a liquid. Sculpted with great care, the geometrically arranged openings in the outer hull interrupt the otherwise smooth and featureless surface. They give the opulent shape of the Drop Lamp a light texture. The LED illumination provides a lighting effect that correlates with the drop-like structure of the Drop Lamp. The effect changes the appearance of the object depending on the viewpoint and on the lighting conditions. With the remote control it is possible to change the color and brightness of the illumination as well as to run custom lighting schemes.
Aduatz first developed the idea for the Drop Lamp during his time as a student at the University of Applied Arts Vienna. In the course of his research he came to admire the work of Ernesto Neto, an artist who likes to apply the visual effect of drop-like structures. Realizing the difficulty in surface design to convey the illusion of natural surface tension, Aduatz set out to create an object that would do just that.
The designer built the first prototype by hand to test the proportions of the diameter of the openings and of the object as a whole. Illumination of the prototype was provided by three neon tubes along the vertical central axis, set up back-to-back, which were surrounded by a Plexiglas tube. This caused a strong turquoise lighting effect. On the edition pieces each opening was designed on the computer. The moulds for the Drop Lamp were fabricated with CNC milling technolo-gy. The Drop Lamp is made from a fiberglass reinforced polymer. For the edition pieces the designer selected LED lighting as a replacement for the neon tubes. This allows custom lighting schemes as well as adjustment of the Drop Lamp’s color and brightness. 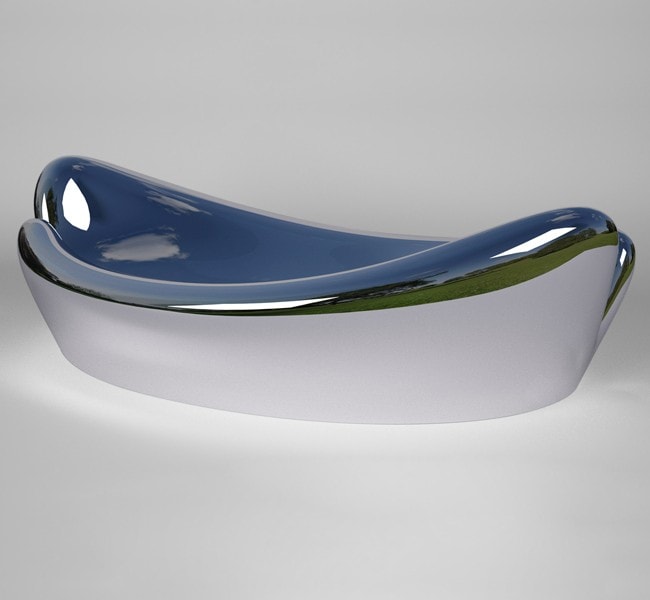